Speculation about the next recession is rising as the following articles suggest.

We think this is a wasted effort. While the impact of recessions on stocks can be severe, timing them is not only quite difficult but can be counterproductive. Time is better spent on creating an asset allocation you can both (1) live with during downturns and (2) meets your goals.

Stocks lose 26% on average during recessions. The chart below highlights S&P 500 index declines greater than 10% in red and recessions in blue since 1950. The effect of inflation is excluded so real purchasing power comparisons can be made over time.

* S&P 500 declines greater than 10% are calculated from month-end prices, including dividend returns but excluding inflation. Excluding inflation provides a fair purchasing power comparison over time. Annual inflation ranged from -2.1% to 14.8% so including it would distort the real impact of declines. Compared to declines calculated from end-of-day prices, many setbacks of 10% or more are lost from the absence of extremes within a month. But the main conclusion remains the same: the average recession decline is nearly the same. However, the number of stock declines 10% or more doubles with daily prices. Yardeni Research, Inc. tracks these declines using daily prices. ** The NBER defines recessions as ” a significant decline in economic activity spread across the economy, lasting more than a few months, normally visible in real GDP, real income, employment, industrial production, and wholesale-retail sales.” Sources: National Bureau of Economic Research (NBER), St. Louis Federal Reserve Bank, Morningstar.

A better course of action: choose a stock/bond mix you can stick with when the next recession hits.

Overestimating your tolerance for declines can damage your wealth during a recession. Selling stocks after they have declined and then getting back in when “the coast is clear” is likely to detract from performance. The coast appears clear typically after prices are higher. And higher prices means the full market return is not earned over time.

The impact of declines on a few portfolio stock and bond mixes during the last two recessions is shown in the graph below. The far right of the chart is a portfolio of 100% stocks, the Vanguard 500 (stock) Index fund. It declined by 45% and 51% in the early 00’s and during the global financial crisis of 07-09, respectively. On a $1 million portfolio, that’s $450,000 and $510,000. The urge to get out of the market and preserve what was left proved irresistible for many. 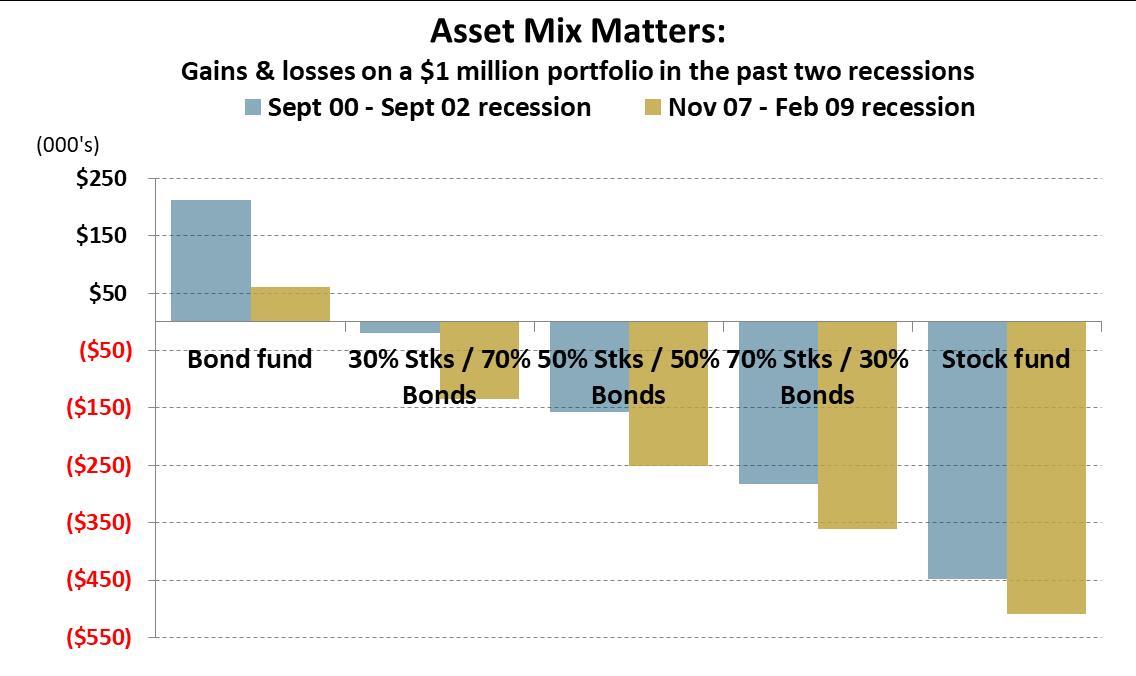 Stocks may now constitute a greater proportion of your portfolio due to the bull market over the past ten years. If so, now is the time to think about what you can stomach in a recession induced bear market. In the graph, this means moving to the left and moderating stock declines with bonds. Essentially this is rebalancing. It is one method of managing risk which helps take the emotion out of buying and selling through market ups and downs. 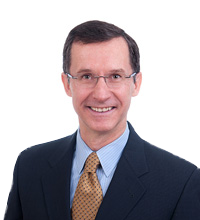